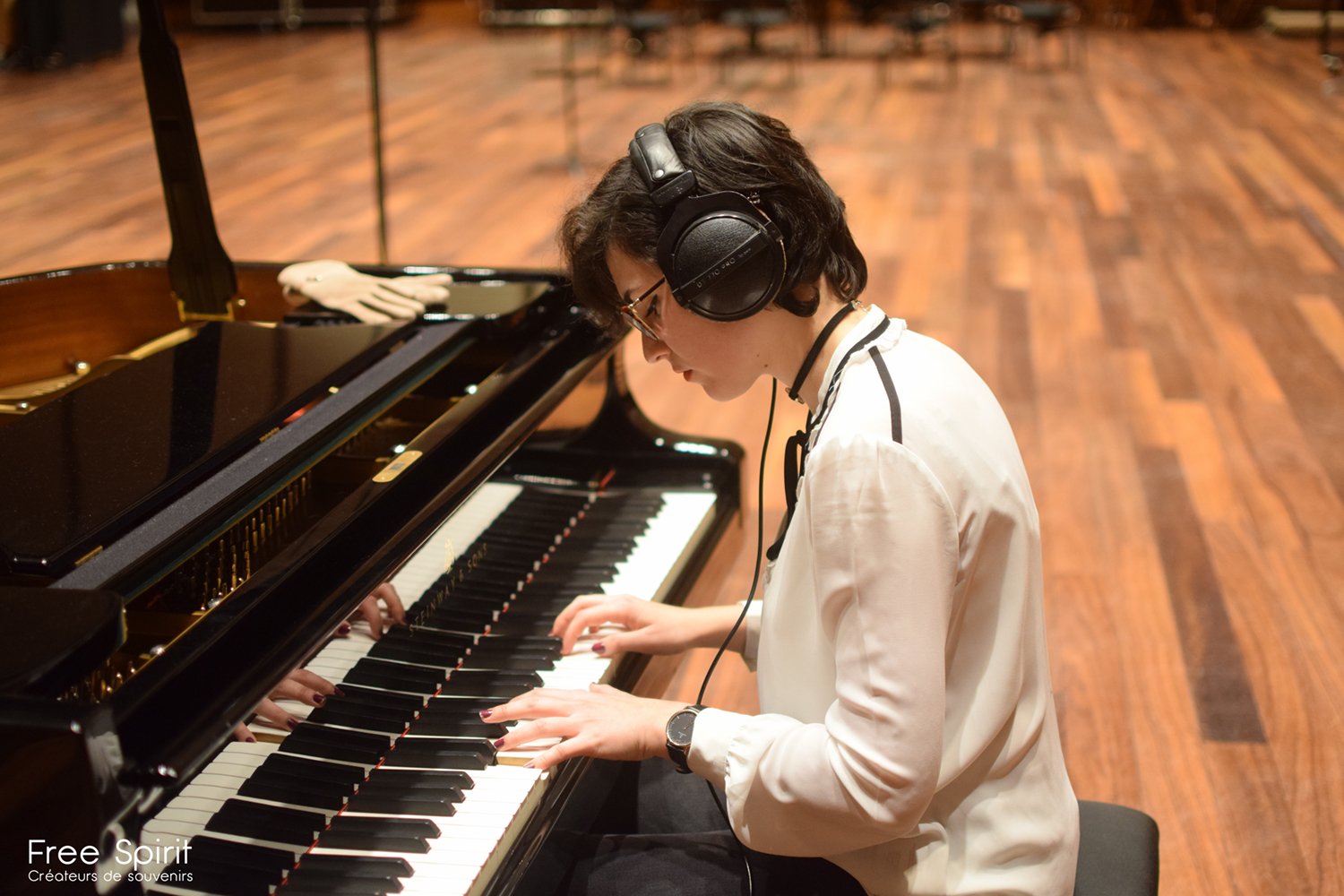 Italian Pianist and Composer, Diana starts his musical studies at the age of 8. After her Piano Graduation with full marks 110/110 at the « A. Scontrino » Conservatory (Italy), together with her concert career as classical pianist, she moves to Paris, France, to join Film Music Composition’s class, in the Ecole Normale de Musique de Paris Alfred Cortot, where she obtains her Diplome in Film Music, and a Brevet in Orchestration. During the following years she had the privilege to study and being formed in composition, orchestration, harmony and counterpoint by Patrice Mestral, Marie-Jeanne Serero, Anthony Girard and Michel Merlet. From 2016 she keeps specializing in Film Music, under the guide of Jean-Michel Bernard and Greco Casadesus aswell as in Composition with Eric Tanguy and Orchestration with Olivier Calmel.

In 2017 She has the chance to compose Gaïa, a piece for clarinet ensemble, commissioned by the Conservatory Paul Dukas for the clarinets classes, and, in the occasion of the ‘Festival International du Film d’Animation d’Annecy 2017 and 2018 she composes the soundtrack of two FX Trailers opening the “film in competition” sessions during the festival: Wu Qi Dao and Iemanjà, produced by ‘Les Gobelins’.

TRIO Composer Laureate (Maison du Film) in 2015, Diana also took part of the Film composition masterclass lead by Stephen Warbeck ( OST for “Shakespeare in Love”, “Billy Elliot”, “The mandolin of Captain Corelli”) during the 19th edition of the Festival International du Film d’Aubagne, FIFA 2018, and has been selected as composer for the professional meetings of “3ème Personnage 2018” organized by the FIFA in the occasion of the Festival du Nouveau Cinema FNC 2018 in Montreal.

Moved by the incredible love for creating and composing, Diana currently composes soundtracks for short-movies, publicity and animation movies as well as theatre music.