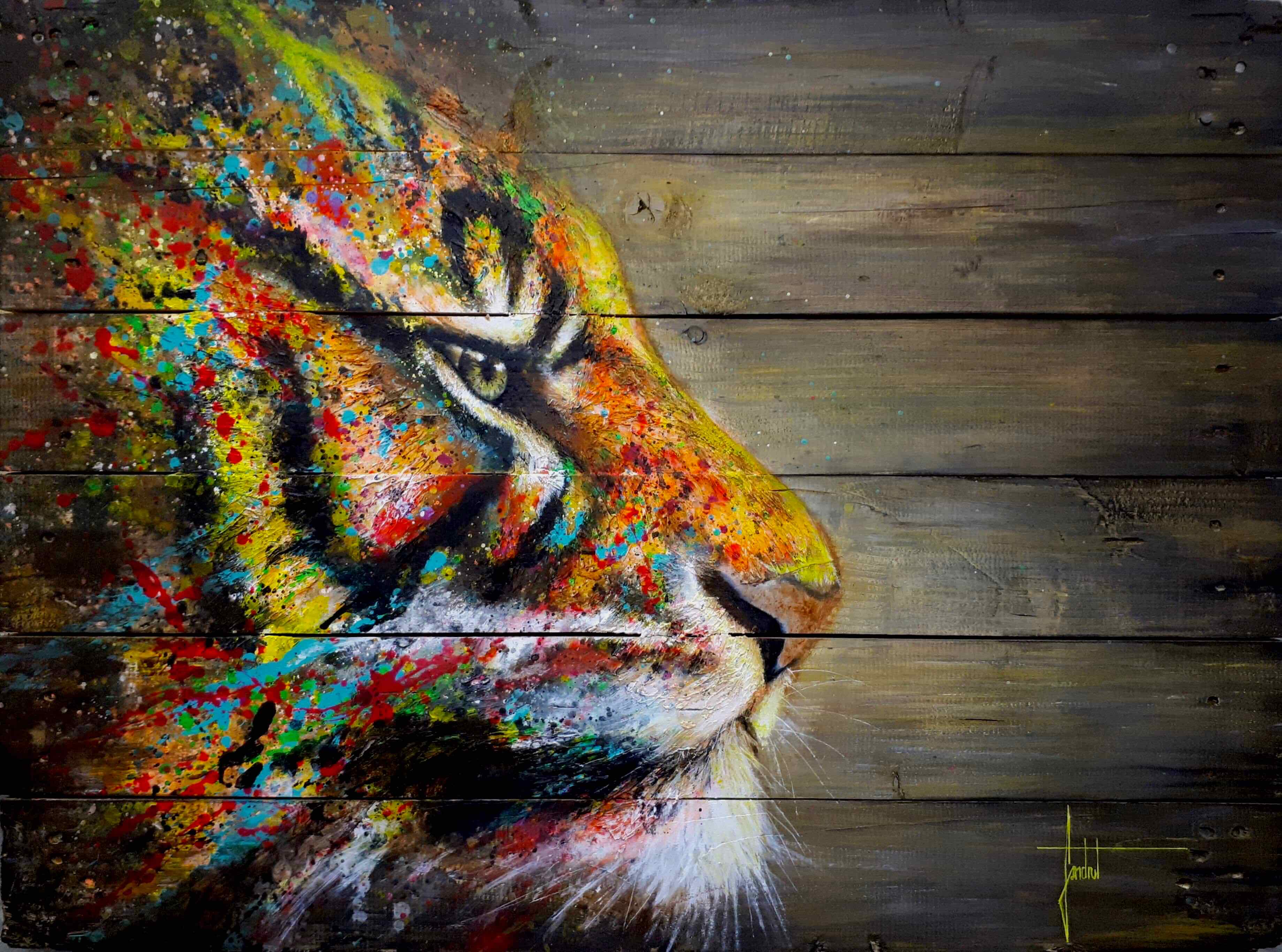 The Free Spirit has created the “Inaudible Voices” project which is a campaign dedicated to creating awareness for rapid extinction of endangered species around the world. In collaboration with the very talented painter Sandrot, through an artistic approach, our objective is to create a visually unique campaign to bring attention to emblematic animals such as lions, elephants, gorillas, etc… We try to touch a large audience about that major issue, educating the younger generation and attract people to our cause. We also want to support local organizations in several countries in the world, who want to protect animals. More than 27,000 species  are threatened with extinction. That is more than 27% of all assessed species (source : IUCN).

Forests, which cover 30%of the planet surface, play a vital role for the survival and the well-being of the 7 billions inhabitants of the planet and biodiversity protection. Forests shelter more than 80% of animal species, plants and insects of the planet (source from the UN). Howerver Up to 28,000 species can go extinct in the next quarter century due to deforestation.

Scientists in the United States and the world have reached an overwhelming consensus that climate change is real and caused primarily by human activity.

The world’s forests, swamps, plains, lakes, and other habitats continue to disappear as they are harvested for human consumption and cleared to make way for agriculture, housing, roads, pipelines and the other hallmarks of industrial development.

Poaching is the illegal hunting, killing, or capturing of wild animals, in violation of local, state, federal or international law. Activities that are considered poaching include killing an animal out of season, without a license, with a prohibited weapon, or in a prohibited manner such as jacklighting.

How ART can protect wildlife :

In collaboration with the very talented painter SANDROT, the Free Spirit has created the Inaudible Voices exhibition. We organise indoor and outdoor painting exhibitions all over the world. 50% of the revenue are used for our cause by raising awareness about endangered species and by providing financial support to 6 NGO’s accross the globe.

Free Spirit provides some support to :

So far, the Free Spirit has planted 33 000 trees in Kenya to restore the natural habitat of animals in Kenya. We also own honey bee hives to protect 16,000 bees in France and finally one our member went to Thailand to provide some support to the Elephant Nature park in 2018.

The very talented french artist Sandrot was born in Marseille in 1989.

Painting is her passion since her early childhood. She has a contract with one of the most famous galleries in the world « Bartoux Gallery ».  Sandrot is in love with wildlife. Conservation is one of her purposes so she joined the « Inaudible Voices » project to raise public awareness on endangered species and  to support local organizations that protect vulnerable animals all around the globe. She can designs human portraits but her favorite theme is the representation of animals, some of which are emblematic such as lions, tigers, sharks, gorillas, and so on… She is able to make an animal alive through her art. We can feel their presence in a room. Sandrot is guided by her emotions and inspirations which give her a particular spontaneity.